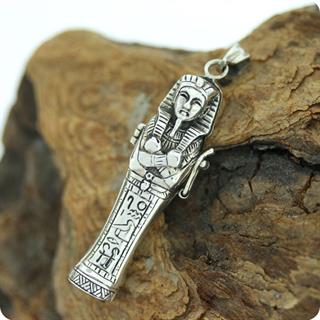 Tutankhamun (alternately spelled with Tutenkh-, -amen, -amon), Egyptian  was an Egyptian Pharaoh of the Eighteenth dynasty (ruled 1333 BC – 1324 BC in the conventional chronology), during the period of Egyptian history known as the New Kingdom. His original name, Tutankhaten, means "Living Image of Aten", while Tutankhamun means "Living Image of Amun". Often the name Tutankhamun was written Amen-tut-ankh, meaning "Amen living image of ankh", due to scribal custom which most often placed the divine name at the beginning of the phrase in order to honor the divine being.